Dark Souls III is really tough, folks. That's the whole point, sure, but you don't have to spend the entire game in your own, personal hell.

In Dark Souls 3 players can reset their skill points and change their character's appearance. This feature, however, is hidden away in a side area and can easily be overlooked. In this guide you will learn how to get there and respec your character. Don’t go hollow, they said – but in Dark Souls 3, they change their tune.Back to Dark Souls 3 guide and walkthrough.Dark Souls 3: Dark Sigil and hollowing explainedIn the world of Dark Souls. Base FP regen is now 3 per second. Dark Sorceries now scale damage on INT only. Dark Miracles now scale damage on FTH only. Dark spells cost less FP than normal, but inflict Curse on self. Dark spells now apply Curse to enemies (except the Gnaw spells). Adjusted Dark Sorcery and Dark Miracle stat requirements. Magic Weapon: +1 FP. I'm playing Dark Souls 1 and since I know that in Dark Souls 2 you can re-spec your character using a Soul Vessel, I was wondering whether there is a similar item in Dark Souls 1. Is it possible to reset the points I spent in my character's attributes and place them on different attributes?

I'm playing Dark Souls 1 and since I know that in Dark Souls 2 you can re-spec your character using a Soul Vessel, I was wondering whether there is a similar item in Dark Souls 1. Is it possible to reset the points I spent in my character's attributes and place them on different attributes?

There are three totally cheap tricks that you can pull off during the game's opening hour. They don't break the game, but they do give you an early edge in the first location you explore.

SEE ALSO: 'Dark Soul 3' is wonderful, but haven't we played this game before?

Just don't be surprised when you discover that nothing in Dark Souls III, not even these tricks, qualifies as 'easy.'

1. Cheese through the tutorial boss

The tutorial boss, Iudex Gundyr, is a powerful, armored warrior that transforms into a nightmarish tree-crow-deathbeast when you knock it down to half health. It's a great introduction to Dark Souls bosses: everything is terrible until you start to win, at which point everything gets more terrible.

There's good news, though. If you start your game with the 'Pyromancer' class — which is a great starter option in general — you can dust this boss from a distance, with minimal worry. 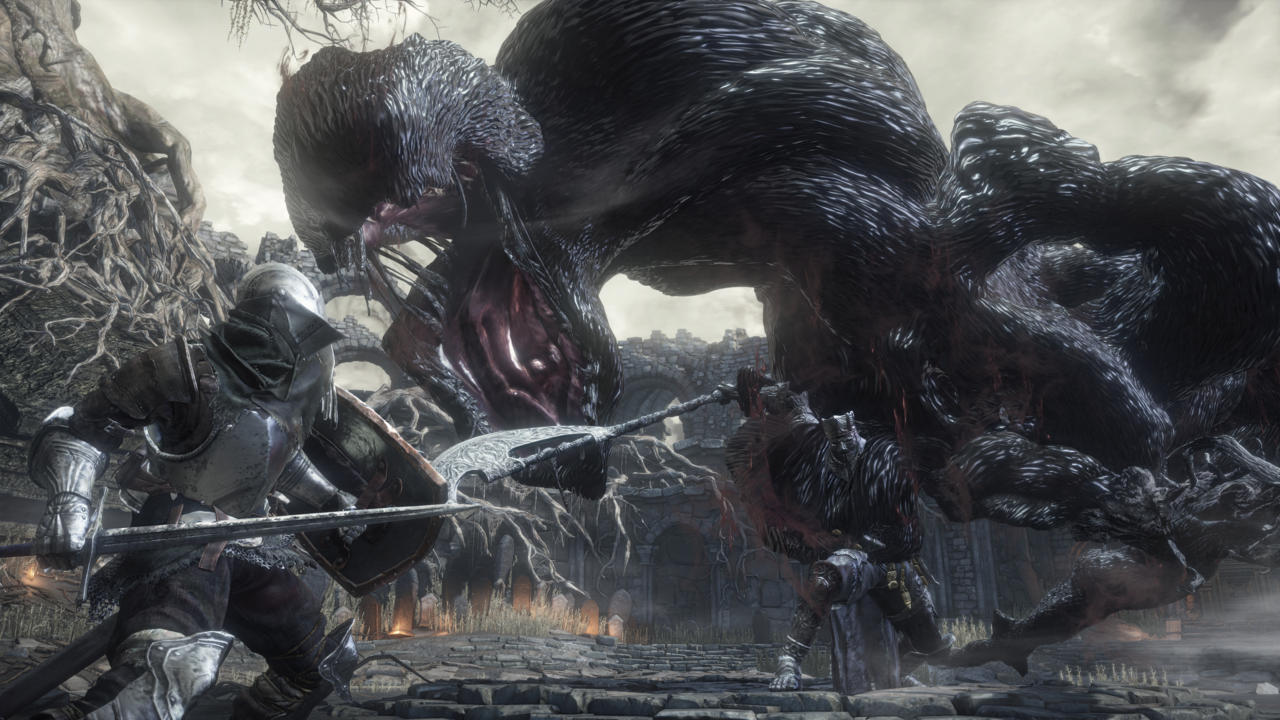 First you need to thoroughly explore the area leading up to the boss, to find the Ashen Estus Flask. Estus Flasks still heal you in Dark Souls III; the 'Ashen' variant recharges your Focus Points (FP), which are spent every time you cast a spell.

Two full FP bars is all you need to take out the tutorial boss. Just hammer him with fireballs — rolling to dodge attacks all the while — until he's gone. Try to keep yourself a medium distance from the boss; get too close and he'll rock you with melee attacks, but get too far away and he'll close the distance with punishing leap attacks.

It might take a few attempts, but this is an easy way past the only boss fight in Dark Souls III that doesn't give you the option to level up beforehand.

2. Glitch your way to an extra Estus Flask

This is a straight up cheat. You're not supposed to be able to get the loot referenced here until you spend 20,000 Souls — Dark Souls currency — on a special key.

Shortly after you defeat the first boss, you come to the Firelink Shrine. It's your hub for the rest of the game, the place you return to when you want to level up, improve your gear or buy stuff from one of the loot vendors.

As you enter Firelink for the first time, you'll see four sets of stairs, to your right and left. Two sets lead down into the central pit where the Firelink bonfire is located. And two others lead up. You want to ascend the staircase to the right of where you enter. 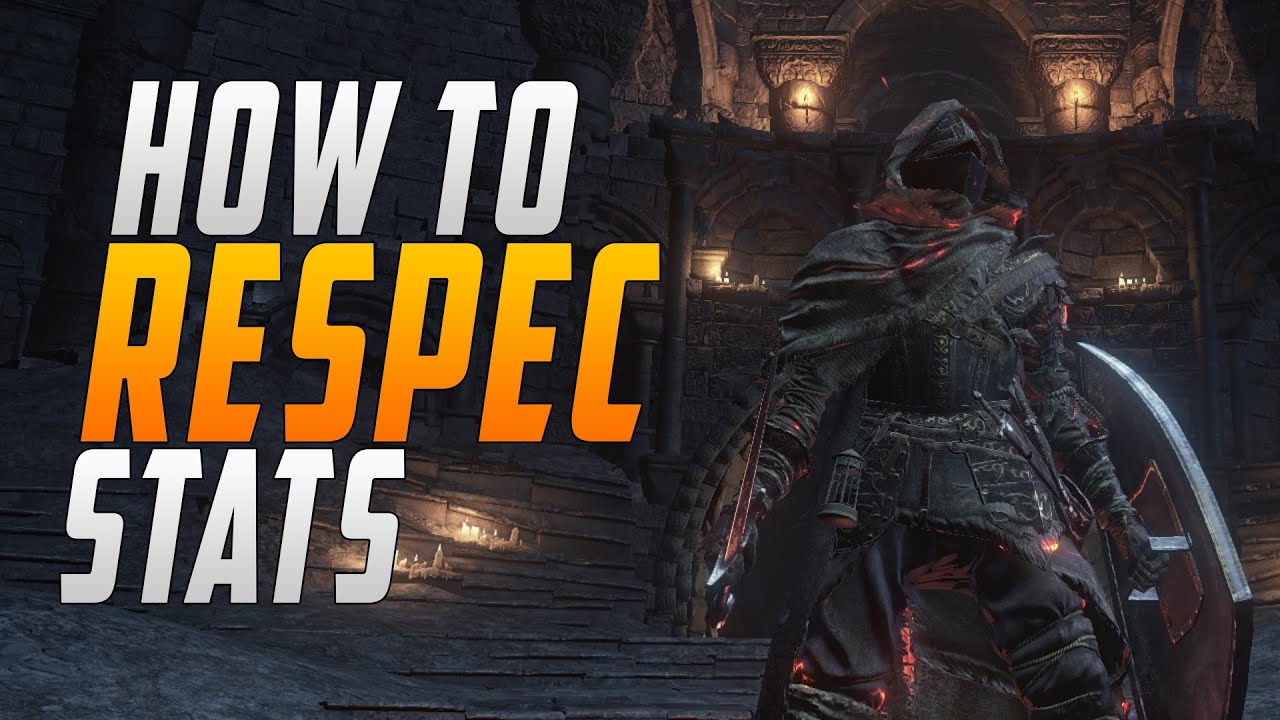 Follow the relatively straightforward path until you can go no further. You should be right next to a red-tiled rooftop with a tree right next to it. You'll know you're in the right spot if you see a corpse on the roof with a treasure pickup floating above it.

Technically, you shouldn't be able to get on that rooftop right now. But if you sprint into the aforementioned tree's roots and leap at just the right moment, you can get up there.

The GIF makes it look easy; getting the timing down is a little tricky. But you need to sprint into that piece of the tree's roots and jump as you start to glitch up the side of it. If you're having trouble, try removing all of your armor and weapons before you jump.

Once you're up, grab the loot and follow the rooftop around to a stone walkway, which leads to a door opening into the upper rafters of Firelink. Carefully walk out and grab the treasure off the corpse hanging over a rafter. You can't miss it.

That loot is an 'Estus Flask Shard,' which you can turn in to the Firelink blacksmith to add an extra Estus Flask charge to your total. Having four flasks instead of three in the early game is a huge help. 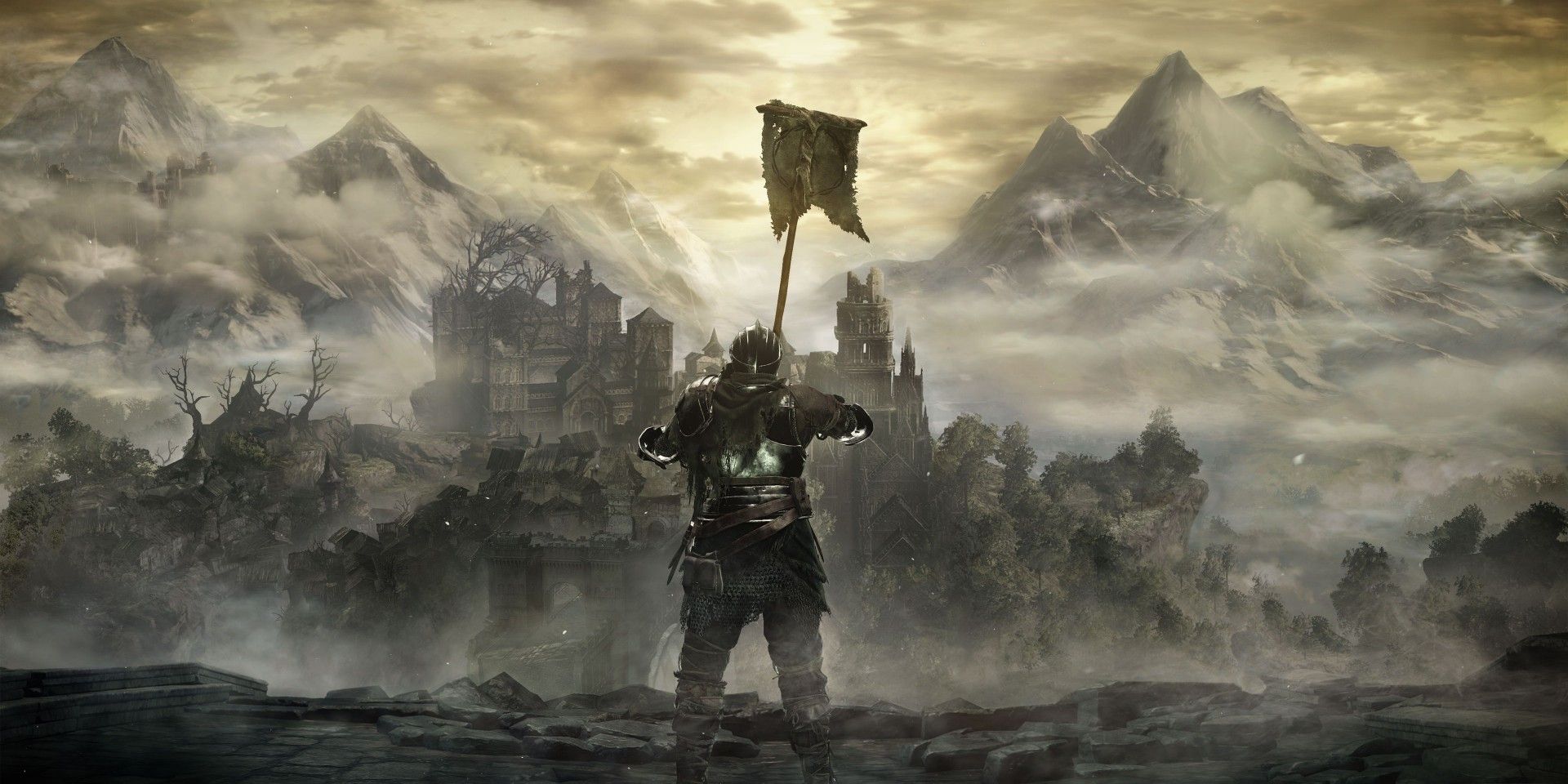 Farming Souls is an integral part of the Dark Souls experience. You explore an area, finding all it's treasure-riddled nooks and crannies, before taking on a boss. But the inherent risks of exploration mean that amassing Souls with which to level up and improve your weapons is its own, dedicated affair.

Once you have Firelink unlocked and can travel to the High Wall of Lothric bonfire, there's a very easy exploit you can use to pile up Souls quickly.

It won't carry you through the entire game. Leveling up gets more expensive with each new stat point purchased, and enemies along the High Wall just aren't that lucrative. But for your first few levels, this is as safe and easy as it gets in Dark Souls.

Simply fast-travel to the 'High Wall of Lothric' bonfire and go down the stairs that are directly in front of you. Kill everything at the bottom of the stairs — including the harmless worshipers (they're worth 30 Souls apiece!) — and follow the path straight to another set of stairs, leading down.

In the next room, kill the couple of enemies you find there and walk into the little alcove with the barred window at the opposite end of the room. There's a horde of enemies on the other side of the bars, as well as a dragon.

You want to run in a circle in the alcove until the dragon lets loose with some fire breath. Even though the dragon fire kills the enemy horde, you get the Souls for it.

Here's a look at how it works:

Note that you might need to trigger the fire breath twice to clean everything up. If it's your first time in that location, you also might need to use the ladder in the alcove room to reach the area beyond the bars.

Just follow the path outside and head up the stairs on the left until the dragon spawns. Once it's spawned a first time, it's there forever (unless you kill it).

After you've gathered your cheap-o Souls from the dragon breath, head back to the High Wall bonfire and use it to reset everything. Repeat this process until you're happy with your pile of Souls.

Have something to add to this story? Share it in the comments.