No it's not a Deer Hunter from 1978. with Robert De Niro and Christoper Walken as many of you older gamers would first think of....but that doesn't mean that no one dies. This one is about deer hunting and it's a dream come true for all you avid hunters or irrational haters of Bambi. Game starts in medias res, you appear in the forest with a bolt rifle resembling sniper and you shoot the deer for 200$ ( in game money, don't get your hopes up). Deer hunter is played from first person but most of the time you will be looking down the scope waiting for the perfect moment to strike at the menacing deer eating grass and breathing at your disdain. 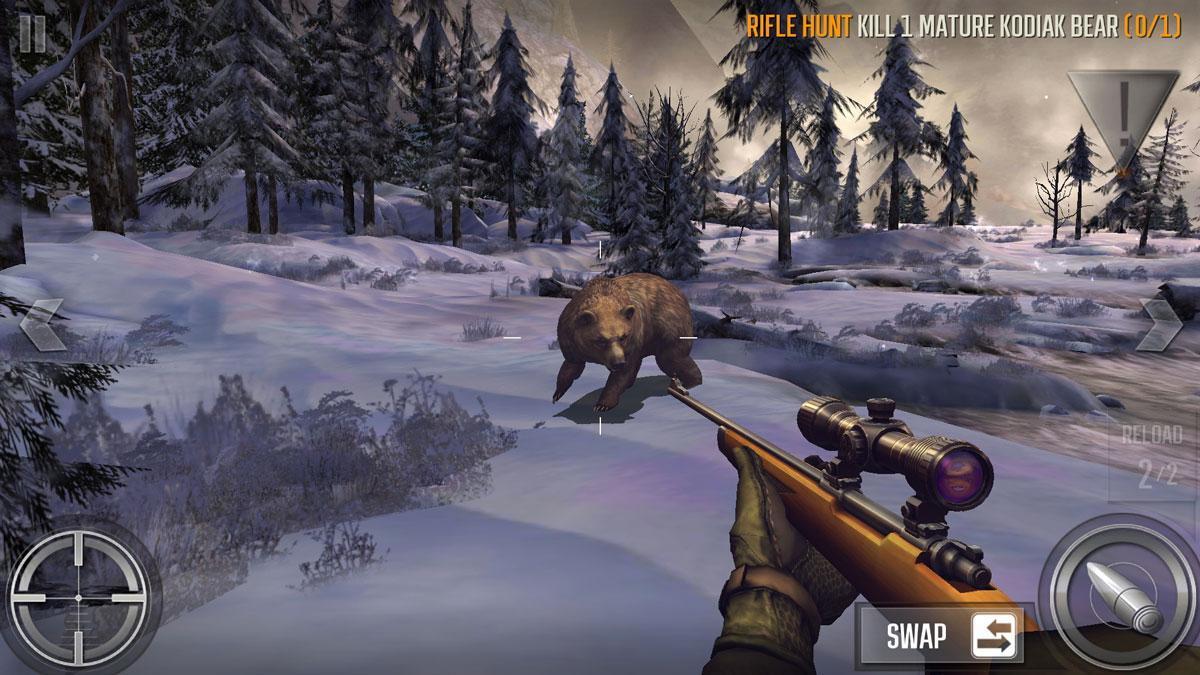 But just like weeding in East Europe, fun starts when you pull the trigger. An impressive slow motion animation emerges as the bullet exits the barel and spectacularly hits the Bambi in the face and – BOOM ! – the Bambi collapses in a dramatic way while letting off a quite frankly hilarious dying sound which can be described as a “wet fart“. But don't let the name Deer Hunter fools you, in next mission you can even kill a sheep for which I give 10 points for non-linear gameplay. As I mentioned before you earn money and expirience with every kill which you can then spend for better rifle and...better rifle, what else do you need anyway ?

A sudden twist comes later in a game where you are required not just to hit the evasive deer (which barely moves in game) but you also need to shoot him in the lungs or any other particular organ of the unfortunate animal. Let's ignore the question why would you aim for specific organs during any hunt except black market organ harvesting and focus on the “infrared“ vision you get to do so which kinda looks like a combination of X-Rays and night vision which I also found hilarious. Game really picks up the pace where you hunt the full grown Kodiak bear...or he hunts you ? Let me give you a teaser – he doesn't go down with one shot so make sure you mentally prepare for brutal fight with Mr. Bear in the frozen forests of Alaska. When you sum it all up, you get infrared nightvision bear hunting with assault rifles and Silence of the lambs organ harvesting adventure you should not miss (no pun intended).