Office releases and their version number

The following table shows Office releases that are currently supported by Microsoft, their associated version, and all the possible installation technology. The information listed in the table also applies to releases of Project and Visio. For example, the subscription version of the Project desktop app or Visio Professional 2016. 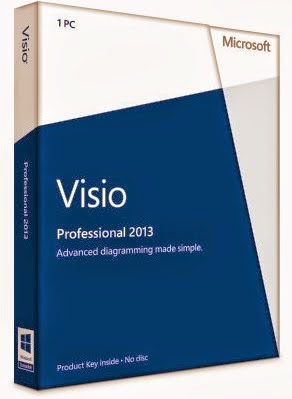 There are different ways to purchase Office, Project, and Visio. For example, you can purchase them as part of an Office 365 (or Microsoft 365) plan, as a one-time purchase from a retail store, or through a volume licensing agreement. How you purchase them, along with which Office release you purchased – for example, Office 365 or Office 2016 – determines what installation technology is used to install Office.

The three installation technologies are:

In newer releases of Office, you can go to File > Account in any Office app, such as Word, and the type of installation technology is listed under the Product Information section.

Another way to tell which installation technology was used to install Office is to File > Account in any Office app. Under the Product Information section, if you see an Update Options choice, Office was installed by using Click-to-Run. If you don't see an Update Options choice, and you don't see any mention of Microsoft Store, then Office was installed by using Windows Installer (MSI).

Here are some example installation scenarios, whether they're supported, and an explanation of why they are or aren't supported.

But now, to make it easier to change from a 32-bit to a 64-bit installation of Microsoft 365 Apps, the Office Deployment Tool and its configuration.xml file supports an optional attribute named MigrateArch. If the MigrateArch attribute is set to True, then your installation of Microsoft 365 Apps will be changed to the architecture (sometimes referred to as the bitness) that is specified in the OfficeClientEdition attribute.

Requirements for using the MigrateArch attribute 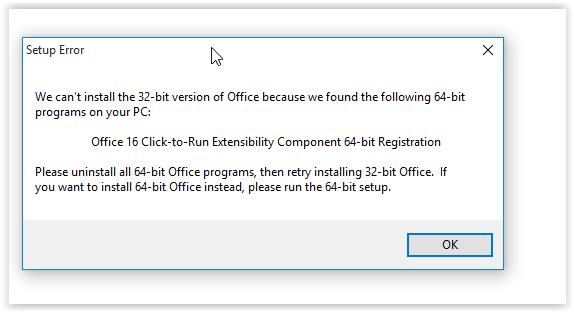 To use the MigrateArch attribute, you need the following:

Before starting the migration process to a different bitness, you must have Version 1902 or later installed on the device that you want to change the bitness of. Migration is allowed to the same version, or to any later version, but you must have at least Version 1902 installed on the device before beginning the migration process.

Providing a source location to be used with the MigrateArch attribute

When using the MigrateArch attribute, you need a location that contains the installation source files of the bitness that you're moving to.

For this location, if network bandwidth or internet connectivity is not an issue, we recommend that you use the Office Content Delivery Network (CDN), because the CDN will always have the most up-to-date program and language installation files that you need.

If your local network location doesn't contain files of the correct bitness, the migration fails and the bitness of the installation will remain as-is. If this location doesn't contain all the necessary language source files – for example, the French language files are missing – the migration will fail. To avoid this situation, we strongly recommend that you include AllowCdnFallback='True' in your configuration.xml file. This will use the Office Content Delivery Network (CDN) on the internet as a backup source from which to install the language files.

Sample configuration.xml file to use with the Office Deployment Tool

The following is a sample configuration.xml that will change an existing 32-bit installation of Microsoft 365 Apps to a 64-bit installation. All existing products, languages, and other deployment settings, such as update path, will be preserved.