Chandorkar ji has placed Sai’s idol in the house temple. Entire family does aarti together. There is a knock on the door. Vasudev gives a letter to his Baba. Chandorkar ji reads it. Naina is not keeping well since past few days. He has asked his in-laws to come asap. Everyone gets tensed. Dwarka comforts Radha ji. Everything will be fine. Chandorkar ji looks at Sai and smiles. Dwarka is right. We have left everything in Sai’s hands. He wont let anything go wrong. We only have to do our karma. We will leave for Jamnagar today. Sai will take care of the rest. He recalls his last night’s dream. He thanks Sai for making him realise his duties on time. I now realise the significance of what happened in the morning. I would have left for Shirdi otherwise and I wouldn’t have come to know about Naina’s condition on time. Thank you, Baba. Everyone folds their hands in reverence.

Sai has warmed milk. He asks Tatya to bring 10 mugs from market. Tatya says we have so less milk. Is someone special coming? Sai tells him to have patience. Bring it. Tatya nods and leaves for market. Om Sai plays.

Sumati is cleaning the shoes while Ashok is pressing Sarkar’s legs. Tejasvi is supervising them. Sumati feels bad for her brother. Rukmani feels bad for both the kids. She asks Sumati to help her in the kitchen. Sumati goes inside. Tejasvi gets thinking. Sumati calls Rukmani Madam. Rukmani tells her to call her Kaki like before. There is no work. Rest her for some time. You must be tired. Sumati gets emotional. Rukmani offers to make sherbet for her but Sumati politely refuses. How can I rest here when my brother is working outside? Tejasvi seconds her. She tells her MIL that Sumati has come here to work. Sumati stops Rukmani from reacting. She goes outside with Tejasvi to resume her work.

Sumati recalls the past times when her brother used to study and could go to school. Tejasvi notices her distracted and tells Sumati to hurry up. Prahalad comes home. Tejasvi asks him what happened in class today. Prahalad shares that his exams are due next month. Srikanth Guru ji has told everyone to prepare for the exams. He looks at Sumati and Ashok as he goes inside. Sarkar and Tejasvi tell the kids to continue working. Sumati is in tears. Ashok has been waiting for this exam since so long. He would get a chance to grow through scholarship. I must speak to his Teacher to make sure how this problem can be overcome. I need to talk to Srikanth ji in detail. How will I go outside though? I wont get permission from them.

Sai fills milk in one mug. Tatya brings 10 mugs. I brought them like you said but we would also need more milk then. Should I bring it? Sai denies. It is more than enough. Tatya asks him what he is going to do. Sai says you will find out soon. They are here. Kids come to Dwarkamai and greet Sai. They say that they thought of meeting him after school today. Sai says I have been waiting for you too. Tatya asks about Prahalad. They share that his mother had told him to come home straight from school. He said he will come to meet Sai later. Sai calls it God’s wish. Something else must be important to attend to at this moment than being here. He tells the kids to sit inside in a line. I brought something for you all.

Sumati tries to feed lunch to Ashok but he refuses. Our exams are due in a month. I want to give exams. I have prepared for them throughout the year but Sarkar wont allow me to give it. Aayi is right. Sumati tells him to have faith in Sai. We are not alone. Ashok says you heard what Sarkar said. He wont let me study. He also said that beggars don’t have a right to dream. Sumati says nothing is greater than Ram ji’s wish. Sai has always said this. Have faith. He finally eats. Sumati thinks I gave Ashok your hope, Sai. I know you wont disappoint him.

Sai smiles. Tatya brings the mugs to him. Sai tells the kids he has cow’s milk for them today. Would you like to drink it? They nod in unison. Sai says you must empty this mug. Everyone is confused. Tatya says it wont be enough for all the kids. Sai says my Kanha will arrange from somewhere else if this will not be enough.

Rama is in the stables. Tejasvi taunts her for taking so much time to clean the stable but Rama tells her that everything is done. Tejasvi wonders how to taunt her now. She asks random things but everything has been finished. Tejasvi tells her to milk the cows then. This needs to be done twice in the day.

Sai starts pouring milk in the mugs. He has filled 3 mugs. Tatya points out that it is over. Sai tells him to have patience.

Rama sits down to do the work but the milk gets transferred in Sai’s mug instead. The bucket remains empty. Rama is taken by surprise and tells Tejasvi about it.

Sai’s mug has been filled again. Tatya and the kids are stunned to realise it. Tatya smiles. Another leela of Sai. Sai pours milk in the remaining mugs.

Rama tries again but in vain. Tejasvi decides to do it herself. She sits down hesitantly but gets afraid as the cow moos. She lets Rama try again but the situation remains same. It puzzles both the ladies.

Sai’s mug gets filled yet again. He fills the remaining mugs. Hare Krishna Hare Ram plays. Tatya gives it to everyone. Everyone drank it and we dint miss any.

Tejasvi questions Rama but even she is clueless. Tejasvi decides to ask her FIL.

The kids thank Sai. Sai blesses them. Go home now. They leave. Tatya tells Sai he thought he had some work with the kids. Sai says this is all that I wanted. I have to thank the source though. 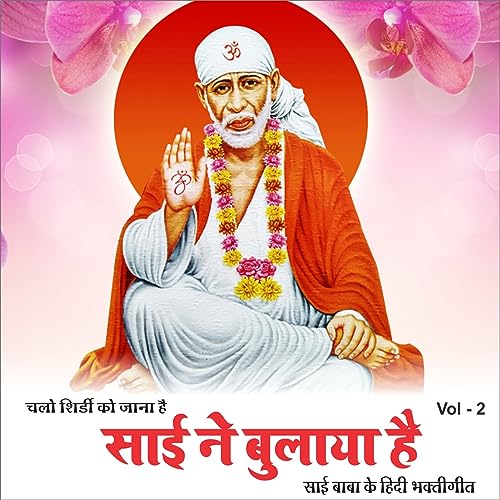 Precap: Tejasvi asks Sumati to bring fresh fodder for the cows from tomorrow. Sai remarks that the one who wont give up, will succeed.