I've been a Robin Trower fan since hearing the first note he recorded with Procol Harum. I kind of lost track of him after his outing with Jack Bruce but have recently begun to acquire on CD what I have on album. 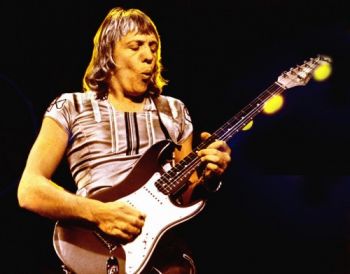 BGO is pairing up some of the old Trower albums in order of issue. Unlike the last set (For Earth Below and Robin Trower Live), the two albums here complement one another in such a way that it seems they should have been issued together.
I like Trower's hard-rocking songs, there are plenty on offer here: Same Rain Falls, Hold Me, Pride, Further On Up The Road, and Caledonia. But I also like his more experimental and innovative side: Somebody Calling, Smile, Love's Gonna Bring You Round, and In City Dreams. Guitar lovers will thrill to Trower's heroics and James Dewar's matchless voice gives depth and soul to his music in much the same way that Jack Bruce's vocals expressed the soul of Cream.
There is also a softer angle to some of Trower's songs which sometimes works very well, as on Sweet Wine of Love and Little Girl, though Dewar's voice is usually at it's best on the grittier songs.

Long Misty Days and In City Dreams feature some of the best of Robin Trower's early solo work. If you have been with Trower all along, you already know that. But if you are a recent convert. this is one of the key recordings you should add to your collection. BGO has put together a pairing that really works and is worth every penny of the price. (K.H.)
Link: h!!p://www.megaupload.com/?d=7H66DS5M