Daniel // September 28, 2017 at 6:19 am // Reply I beg to differ. Mat 24: 29-30 “Immediately after the tribulation of those days the sun will be darkened, and the moon will not give its light; the stars will fall from heaven, and the powers of the heavens will be shaken. The Great Tribulation & The MOEDIM. In this particular context, the Fall of 2017 marks the beginning of a 7-year period that is defined by September 23rd. Whether this specific date is the line of demarcation for the start of the Great Tribulation remains to be seen.

September 11 is day of infamy. No American citizen could ever forget this day. In fact, most Americans could tell you exactly where they were. That is the impact of a national trauma and a day in which thousands of Americans would lose their lives when the Trade Towers and Pentagon were attacked.

On September 11, 2001 our enemies dealt us a shocking and painful blow. But two strategic things did not happen. They did not achieve all their goals, as Americans rose up to fight the flight destined for the White House or the Capital. The other was that in spite of a huge breech into the American mainland, the attack did not break our spirit or our resolve to fight this kind of tyranny, regardless of whatever form it takes.

Not The First American Attack On September 11

But this was not the first day where American was crushed on September 11. In fact, it is also the day of a rout of American Colonial forces by the British at the Battle of Brandywine. Many people do not realize what happened and what could have happened on this tenuous September day. To put it in perspective, I will set the stage.

In 1778 the British are driving toward Philadelphia to occupy the city. All that stands between them is a poorly equipped army of farmers, frontiersmen, and tradesmen led by an aggressive general named George Washington. They are all volunteers against a seasoned and well trained British force anchored by General Howe and General Cornwallis. Oh and they outnumber the Colonials 18,000 troops to 11,000.

Positioned against Chads Creek, General Washington plans to engage Howe head on at the creek. Little does he know that a trap is being set. One that will encircle his army, destroy it, and end the American Revolution, leaving the British as victors.

All through the morning General Cornwallis leads a detachment of soldiers around Washington’s right flank. To make matters worse part of Washington’s army begins to cross the creek, oblivious to the British slowly suffocating their movement.

Defeat But Not Destruction

But the Americans get wind of the flanking maneuver. They are forced to retreat. They give ground to the British and lose Philadelphia. It is an embarrassment as we almost lose an entire army. But it wasn’t.

American Resolve Did Not Waiver

In spite of the setback and the loss or capture of over thousand American soldiers, we are able to regroup. Our will to fight is not broken and we continue engaging the British for years to come. The sting of embarrassment does not diminish our spirits. In fact, if anything it strengthens our resolve

The times changed. The tactics changed. The amount of human loss was unimaginable. But our resolve to fight tyrants, in any form, has not changed. We came together to fight after the attack and have prevented a major attack on US soil ever since.

Our character at Brandywine was shaped by tragedy. But we begin to develop a determination that would be part of who we are as a nation until the present day. Regardless of what a day like September 11 has or could bring, we are a strong nation that will never stop fighting to stay free against those who want to conquer or destroy us.

When is the earliest year that the Great Tribulation can?

While a false prophet has apparently taught that now is the time to now get pregnant as the end supposedly is near (see PCG allegedly going further over the edge, plus proclaiming time to flee is imminent and pregnancy should now be avoided), how near is the Great Tribulation? Well, the recommended sermon from the Continuing Church of God this week (and it was recorded within the past week) is titled The Great Tribulation Will Not Begin Before 2017.

Various ones seem to feel that it can begin in 2013 or 2014 or that it already started some time ago.

Those who believed and understand what the Bible actually teaches realize that the Great Tribulation cannot begin before 2017. 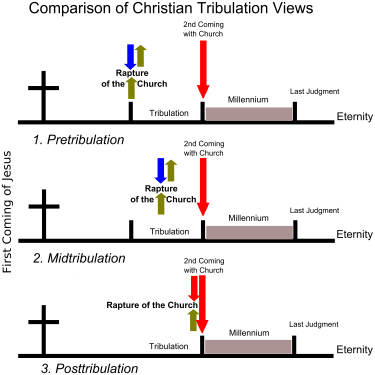 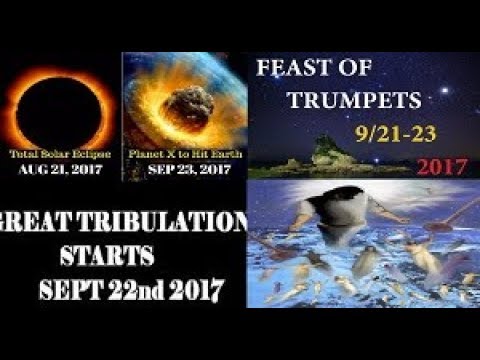 Jesus gave a variety of signs/events that had to happen prior the start of the Great Tribulation in Matthew 24. Not only have many not happened, a preceding event in Daniel 9:27 involving the confirmation of a seven-year deal still has not happened. Since it did not happen as of July 2013, this means that it is not possible for the Great Tribulation to begin for at least 3 1/2 years (half of a biblically-prophetic week).

At this instant, unless we see more major conflict in the Middle East between now and the end of the Summer, it is unlikely that the Great Tribulation can begin prior to 2018.

The Great Tribulation is coming, but it will not begin in 2013. And, as I announced shortly after Barack Obama was re-elected, I do not believe that it can begin prior to 2017.

Items of related interest may include: