The parental controls are lacking on my Trendnet TEW-818DRU wireless router. Using the DD-WRT firmware on this router, had a couple of issues for me, so I co.

Wanted to start a new thread focused on these models. These routers are all virtually identical based on the Atheros AP81 router platform with Atheros AR9102 WiFi chip (2x2 MIMO). They are rather inexpensive here in the USA, they have been on sale several times for $25. They have 32MB of RAM, 4MB of FLASH, and AR9132 (MIPS) processor running at 400Mhz. They use u-boot bootloader and have a recovery mode that uses http. Good details over on the x-wrt.org site Stock firmware hacking: http://www.bitsum.com/forum/index.php?& … =45.0;wap2

On the DD-WRT forum people have had good results putting the D-Link DIR-615 C1 factory firmware onto the Trendnet TEW-652BRP. dd-wrt forum thread.

Warning about flashing the router using the recovery mode: There are some issues with how the switch behaves in recovery mode. I suggest you only connect it to the computer you are flashing from.

While in recovery mode, the switch tends to bring down my 8-port managed Dell gigabit switch! Tends to take about 45 seconds and my network dies. The recovery mode isn't a full OS and probably does a minimal job initializing the switch hardware. I also think it sets the MAC on the network port to something like all zeros. Someone on the DD-WRT lost LAN connection mid-flash and bricked a router. I suspect this issue.

I've had no such issues flashing from within OpenWrt, this is only when using the recovery website boot of the router.

This is the first router to work with ath9k and AHB bus. The ath9k driver is entirely free but not very mature. Atheros and Trendnet have NOT released the source code for the madwifi driver that the original router firmware uses - so everything is having to be done from scratch in ath9k.

Open source is about contributing to the community; please do testing, please contact Atheros and ask them for madwifi driver source code for the AR9100 chips (ath_ahb driver), please consider donations of hardware or money to OpenWrt developers, hostapd developers, ath9k developers. I am making a list of issues so we can see where the effort needs to go.

To me, it is exciting to have a router that often sells for $25 that has modern WiFi support, entirely free software, respectable amount of RAM and CPU speed. It will take a little time to get these working the way we want, please help out! These routers are already working as an Access Point under OpenWrt!

WARNING1: Do not try to activate 5Ghz mode - your chips don't support it (it is a 2.4Ghz only router), and one user reported this bricked his router!

1. It is early in the game. Consider this alpha or early beta testing until some people chime in with positive experience ;) use at your own risk. The good news is that the flash process works well on these routers and you can easily put back on the factory firmware using the recovery mode.

2. When the WiFi interface goes up it resets the eth0 cabled interfaces and causes them to go down for a couple seconds. It will drop my telnet session for example. Not a fatal problem, but something to resolve.

3a. [s]The ath9k wireless driver is only working at 54Mbps on these routers. Very new code in ath9k, so hopefully this will improve within a week or two.[/s] UPDATE: You can change the config and Makefile for hostapd and we have been able to get 130Mbps rate with OpenWrt and ath9k, see the ar9102/ar9103 thread 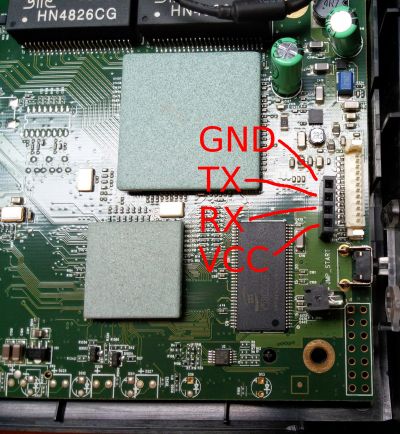 4. [s]Make sure your flash size comes out something like 3866624 bytes, don't go over that too much. I bricked a Trendnet TEW-652BRP flashing it with a 4653056 byte build. After flash, u-boot and recovery flash mode are gone. I had enabled kernel symbols on 2.6.28 and some other stuff and didn't pay attention to the file size ;)[/s] SVN 13878 has an improved sanity check to prevent this. thanks.

5. [s]Once you put OpenWrt on the router, I haven't found a way to flash the router from within OpenWrt (please post if you know how). [/s] You can flash new OpenWrt firmware from within running OpenWrt. SCP or WGET the firmware into the router, then use: 'mtd -r write openwrt-ar71xx-tew-652brp-squashfs.bin firmware'. Or you can use the recovery boot loader built into the router: hold down the reset button for 40 seconds after you connect power. You should be able to connect with a web browser via 192.168.0.1 IP address (the uploads on this recovery boot webpage expect the D-Link binary signature footer).

6. [s]On OpenWrt I see an eth0 interface for the switch ports (works on any of the switch ports), are we missing eth1 driver for the WAN interface?[/s] UPDATE: I developed a patch and now the eth1 interface is working! Submitted 2009-01-23.

7. ifconfig on the wireless wlan0 interface shows MAC address other than the one for the system?

8. Wireless station mode (client mode) not performing well. I've used the router in Access Point mode with 'OK' results - but station mode drops to 1Mbps rate and erratic ping times. A couple of us have submitted reports to the ath9k-devel mailing list. These ath9k drivers on AHB bus routers has only been tested here by like 20 people in the world, chime in! Thread on this forum about client mode: http://forum.openwrt.org/viewtopic.php?id=18377

10. [s]On Trendnet 652: The WLAN LED light does not work with current ath9k driver. The original vendor firmware has param wireless_led_gpio=7 on madwifi driver. There is also a /proc/ar531x/gpio/tricolor_led.[/s] - seems to be working when tested build 14334. UPDATE: It has since been disabled due to the high CPU usage it caused. See #3b above.

11. On Trendnet 652: OpenWrt has no knowledge of the reset and WPS buttons on the router. Ignores them. In original vendor firmware, there is a /proc/ar531x/gpio/push_button. NOTE from juhosg: for buttons you need the kmod-input-core, kmod-input-polldev, kmod-input-gpio-buttons, kmod-button-hotplug packages; then the buttons will generate a hotplug event, and you can use hotplug rules: https://dev.openwrt.org/ticket/3522

12. [s]Now on two Trednet 652 routers this has shown up: the driver may segfault on 'wifi up' for some routers. We believe this has something to do with the specific MAC address of the router and a bug in ath9k driver. We have two identical 652's with similar serial numbers, we unbox them and make everything identical - same flash bin - and one segfaults and one does not. output of the crash is shown here: http://forum.openwrt.org/viewtopic.php?pid=78928#p78928[/s] This has been corrected in newer builds. It seems that the factory eprom of the ar9102 chips on some routers had nonsense (broadcast) MAC addresses. The vendor firware used a MAC stored elsewhere that OpenWrt ignores. There is a patch in trunk to deal with this better, works fine on two known routers that had this issue.

13. Buttons. Has anyone tested if 'reset config' button works with OpenWrt Kamikaze? I assume some scripts have to be button-aware in our OpenWrt build? Any testing and howto appreciated.

14. UCI and LUCI currently has no real config knowledge of 802.11n specific features: 20/40 band, N-only mode. New programming will have to be added to OpenWrt.

15. as of 2009-03-01, Lark and I both confirm an issue of the router rebooting after startup. It seems if the ath9k driver is started too soon after router boot it is unstable. Solution for now is to disable wireless with UCI and after boot manually enable and start it. A script with sleep would also probably work.

16. I find interacting with the WiFi disrupts the LAN ports at times. The OpenWrt bridge seems to interact badly. A 'wifi down' followed by 'wifi' will disrupt the LAN ports. Illustration: http://openwrt.pastebin.com/f318e5431

HW1. Last of all, make sure your router isn't overheating. Trendnet made the case nice and easy to open, but didn't design the vents very well for convection cooling. Info on dd-wrt thread: http://www.dd-wrt.com/phpBB2/viewtopic. … ;start=150 Although I personally have had no issues I've noticed and I have 4 of these routers.... but I'm not using them real heavy at the moment.

Thank you to the OpenWrt team, especially Gabor Juhos.

I'm lucky enough to get gigabit internet access at home, from Wave Broadband, with which I'm quite happy. And I don't even need a modem — with my apartment building, I can just jack directly into the Ethernet port in my living room wall. I originally got a Kasada router, but its firmware hasn't been updated in a couple years, so I decided to get a new router that I knew would be updateable with the Free Software DD-WRT firmware.

I got a TRENDnet TEW-812DRU v2, which although it's like 5 years old, is as fast as I need (supporting gigabit ethernet, plus 1.3 Gbps 802.11ac and 450 Mbps 802.11n wireless on separate 5 GHz and 2.4 GHz channels) — and a quarter of the price of comparable new routers. And, importantly, it looked like it was well supported by DD-WRT.

And it did turn out to be well supported by DD-WRT. Having first read through all the forum posts about the TEW-812DRU, I found that, unlike some other routers, you don't need anything special to use DD-WRT on the TEW-812DRU — just upload the new firmware to the router through its web UI and let it do its thing, no tricks needed.

So the first thing I did when I plugged in the router was login to its web UI and flash it with the 'Open Source' firmware I downloaded from the TRENDnet TEW-812DRU downloads page. That turned out to be DD-WRT v24-sp2 r23194, compiled on 12/21/2013. I was happy it worked, but that firmware was just way too old.

So next I looked up the TEW-812DRU in the DD-WRT router database, and that prompted me to download something labeled DD-WRT v24-sp2 r23804 (but turned out actually to be r23808), compiled on 3/27/2014. I flashed that firmware through the web UI — but when the router rebooted, it presented me with an 'Emergency Web Server' page. I went to look up what that meant via a working internet connection, and when I checked on the router again, the Emergency Web Server page had been replaced with the working DD-WRT web UI. I figure it must have just taken a little extra while for the router to boot everything up, no big deal.

But that firmware was also way older than I was hoping for, so I went searching through the downloads directory of the DD-WRT site — and finally found the latest version of the TEW-812DRU firmware here:

I flashed that firmware through the router's web UI, and was very pleased to see the router reboot with no issues at all, happily running DD-WRT v3.0-r36330 mini — compiled just a few days ago on 7/16/2018. Finally, peace of mind that no bears, pandas, or kittens will be making themselves at home inside my router!